For those that caught the last post and heard how we were all miserable at some point the last few weeks, well, we’re all on the mend but some of us had to go to the hospital to do it.

My wife went to her doctor Monday afternoon to see if maybe there was something stronger than what she had been given two weeks earlier. Her doctor, being the ever-vigilant care-giver that he is, told us to go to the ER and request blood cultures, X-rays, and other assorted tests to make sure that she wasn’t fighting borderline pneumonia. The ER would get results faster than he would and he thought time was of the essence. The question was, “which ER?”

We arrive at 6PM to an ER filled with old folks, young folks, children, some questionables, and took our place in line. Twenty minutes later Wife was triaged and given her bracelet. At 8:15pm we were taken to a smaller waiting room closer to the examining area. More crying kids. It broke my heart as one young woman sat totally aloof from her crying one year old daughter. The child was obviously miserable but mother couldn’t be bothered to give her any comfort. I try not to judge people, but that to me was wrong. I almost asked if I could pick her up myself, but I was sick also, and didn’t want to add to their problems. Needless to say, hours later, I saw the little girl and she was in much better spirits.

Anyway, we finally got into an examination room about twenty minutes later. Nurses and other assorteds come in to get blood and urine and whatever else they could and we finally saw a doctor at 10:30pm, just a mere four and a half hours later. Upon their call, they decided that Wife should stay overnight with lots of antibiotics and fluids and be observed. Her oncologist would come in and be in advisement also. She didn’t get to a room and a comfortable bed until 3:30AM. A young team of nurses, Kevin & Rachel, got her situated and feeling better and I finally left at 6AM.

All during the night, my tonsils started getting more and more sore and by the time I got home, it was Nyquil time. I stopped for a quick sandwich, since I hadn’t eaten since 2PM the prior afternoon, and drank my drug and was asleep by 7:10AM. I woke up several times to check in on the Wife, but stayed home in my induced-coma and am now going to see her today, Wednesday afternoon, hopefully to bring her home, but, at least take her some clean clothes.

The Bug, this entire time, has been under the care of Grandma and has been in school and feeling wonderful! Thank you, Grandma!

I have a few other things that I wanted to write about this adventure, but they will come in later. I mainly wanted to let everyone know how the Wife was doing.

Well, we’ve survived the Thanksgiving holiday as we pull into the garage, all three of us sniffling, coughing, hacking, and wheezing. The wife has been fighting a really bad cold for almost a month now, thanks to the immune-lowering disease Sjogren’s Syndrome and the equally immune-lowering chemo that she’s on. Bug and I are suffering because we don’t want to be left out.

We spent time in North Louisiana with my brother and his family and had my Dad, step-mom, sister, Dad’s aunt & uncle, and my little brother and his family show up for some great food. Both my brother and his wife can cook. I even think my nephew had a hand in there somewhere. If you need a recipe for Bacon-wrapped Duck with Jalapeno Cream Cheese Stuffing, holler and I’ll get it for you. The Bug even lucked out with some early Christmas from her Aunt and Uncle, so you know she’ll want to go back very soon.

On the way back, we had late Thanksgiving with Mama and Wife’s cold seem to get worse. We decided to leave earlier than usual so that other visitors wouldn’t run the risk of catching what she had, though I feel that no one has an immune level as low as hers. Poor thing. I wish there was something I could do for her, but I don’t have a lot of options.

Then upon returning, I catch up on news and other things and it seems all hell has broken loose. The usual at first, Black Friday videos of people gone crazy, the loss of a favorite TV villain, and then word from back home that a good friend has taken the life of another. Brother was able to fill in some gaps, but details are still coming in. I’ve known the one since about 7th grade and the victim was the brother of another guy I knew in school. I’m not putting anything else out until I know more, because I hate speculation, but just please pray for folks back in Bastrop, Louisiana.

I hope your holiday went well and that you were able to be with the ones you love. I am truly thankful for all I have.

Legacies in the Making 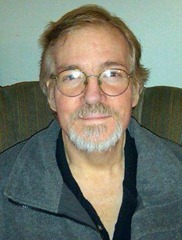 We decided to let Grandma have the kid this weekend and the wife and I headed out to find the gravesite of my best friend. Friday was the one year anniversary of his passing. Randie, aka Spankee, was sixty five when he passed away from complications of diabetes and a bad heart.

For the fifteen years or so that I knew him, people who cared about him would get on to him about his eating habits and sedentary lifestyle. On one occasion after leaving a hospital due to a close call, he made us take him to Whataburger. Yeah, we could have said no, but he’s a grown man and we truly thought he would change his ways. Well, I can tell you, he didn’t. He was an only child. He had two half-brothers, but he hardly ever saw them. The one he did see more than the other was “Cowboy.” He always called him his baby brother and talked about how proud of him he was. But on his passing, he had no close immediate family.

Getting all the way out to the cemetery and not finding a grave marker, just made my heart sink. Randie had friends his whole life. At the end of his life, he found out how many of them were true friends. And after, well, he’s not even marked. Randie was cremated and supposedly a marker had been placed in the cemetery, but we never found it. I don’t know the situation with that. I’m not sure I really care. The point is that though Randie touched many lives in his lifetime, he went out silently with no one by his side. For over thirty years, he tended bar, serving drinks to and befriending many a face, but in the end, none of those faces could be found. I’m not blaming anyone. If any was to blamed, I would be the first. But, we get tangled up in our own lives. Our own medical problems, our own trials and tribulations. Doesn’t make it any easier to accept.

Now, I’ve got a wife that is being tested every day by a brain tumor and a child that needs me here in case Mama doesn’t make it. This requires me to take a long hard look at myself. I’m the largest I’ve ever weighed, regardless of how the doctors say I’m in okay health. For a guy my size, you’d think I’d feel worse than I do and already be diagnosed with diabetes, but I’m not. I’m taking that as a sign, that the good Lord is giving me a chance to take the first step. So, I’m slowly making changes in my lifestyle to start losing. Kick the cokes, watch the portions, and start walking a little everyday. Take the baby steps, so I don’t end up crawling and cussing in three weeks. I’ll keep you posted on how that works out.

Going out to see Randie’s grave added to the ever-present shadow of my wife’s health problems makes me think, not just about my health, but also my legacy. It used to be we talked of legacies being what we left our children and the world. Parents would be proud to leave the children with a business or money. Or we strove to cure diseases, right wrongs, or explore the uncharted whilst we were alive. But, I believe differently. I believe that what we leave the world when we die is our children and the lives that we’ve touched around us. My child will go on and touch others. Through her actions, her ways of thinking, her charity towards others, she will be a product of what I’ve taught her. She will then go on to teach others, as well as her children. Thus, they will also be a part of my legacy. In a way, this is how we never die, this is how we are eternal. So, I teach my child to be courteous to others, and treat each stranger with a gentleness, and most of all not to hate. She is my legacy.

And with that in mind, I feel that whether Randie has a grave marker or not, his legacy goes on for all the people that he has touched will have been changed in some small way because of the man that he was.