For the first time in thirty-six years, Danny Elfman releases a single called 'Happy'. More commonly known for being Tim Burton's go-to composer, Danny is responsible for the BATMAN (1989) theme, NIGHTMARE BEFORE CHRISTMAS, THE CORPSE BRIDE, and the theme to THE SIMPSONS. For many of his fans, they will know him from his original band Oingo Boingo who gave us 'Dead Man's Party' and many more.

After signing with Anti-/Epitaph, 'Happy' hits the streets with an ode to 2020 it would seem. Gruesome effects bely the lines that state he is "so happy." It's typical Elfman macabre and I'm glad to see him back. Check out the video below and also "Dead Man's Party."

***Warning*** There is foul language if you are concerned with that.

Email ThisBlogThis!Share to TwitterShare to FacebookShare to Pinterest
Labels: #GalacticDaddy

Autumn Trails Is Almost Over

Autumn Trails is something that's been happening in Winnsboro for sixty-two years. We visited for the first time last year and enjoyed the fun, but was really won over by the friendliness of the area's inhabitants. This is one of the reasons that we decided to leave the Dallas area and move out here, in addition to my parents both being within 35 miles of town, instead of two hours. 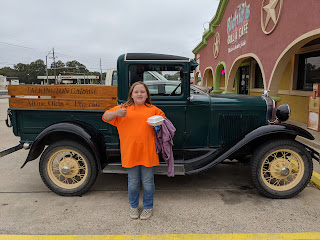 The many festivities included rodeos, arts & crafts, parades, trail rides and a flea market spread out over the weekends of October. The first weekend hosted barrel racing at the Winnsboro Rodeo Arena. The Kid would love to do this if we only had more room in the apartment for a horse. And barrels. The following weekend saw the Trail Ride parade and mule rodeo. See my previous post about the mule rodeo, which was tons of fun. 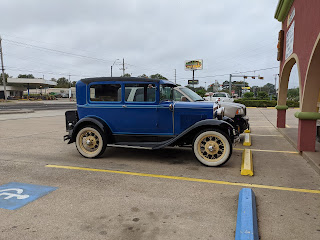 This past weekend was packed with plenty for everyone. There was a Antique Car Parade, trail ride, and classic car show with old cars from just about every decade over the last one hundred years. The Bowery and other streets were blocked off for the Arts & Crafts fair while the Kid and I hosted a spot over at the city park for the Trades Day, Swap Meet, and Flea Market. We missed out on the Chili Cookoff and Pie Baking Contest, but we'll definitely make it next year. We suffered through with a little rain on Friday and cooler temps all weekend, but not enough to not have fun.

There is another event for the last weekend of the month. The Jack Cross Livestock & Dairy Show celebrates 50 years at the Jack Cross Pavilion at City Park Saturday October 31st. Though no where near as big as the Stock Show in Fort Worth, which is canceled by the way, this should entertain young and old alike.

Though not part of Autumn Trails, the downtown area will be hosting a trick or treat event for the kids at all downtown businesses from 4 to 6pm, so be sure and bring the little ones out for that.

Have a happy and safe end to Autumn Trails and a safe and happy Halloween!

Email ThisBlogThis!Share to TwitterShare to FacebookShare to Pinterest
Labels: #WinnsboroLiving

Ever been to a mule rodeo?

We've lived in Winnsboro for eight months now and even though I've known about mule rodeos, I've never actually been to one. Well, tonight was the first and definitely not the last time we go to one.

In the time we've been here, we've become rodeo geeks. We don't ride, but we love to watch and experience rodeo culture. The July 4th Rodeo was really exciting and Lilly was set on wanting to be a barrel racer. After I explained how we lived in an apartment, horses were expensive, etc etc, she quit harping about it.

Then last night she decides that we should get a mule because she thought some of the events looked fun. I have to admit, I think they did too.

Below, you'll see some of the photos and some video that I took. Have you been to a mule rodeo before? If not, and you get the chance, do not miss out on a lot of fun! 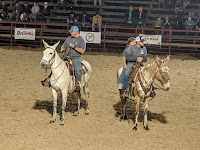 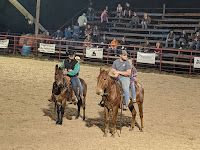 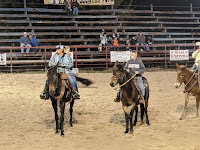 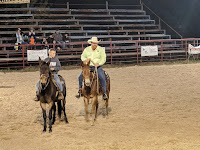 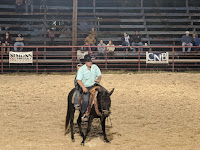 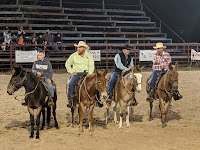 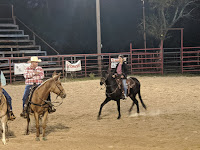 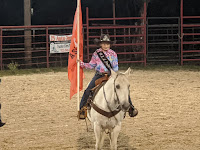 Email ThisBlogThis!Share to TwitterShare to FacebookShare to Pinterest
Labels: #WinnsboroLiving

Looking for Bigfoot and Other Haunts in East Texas 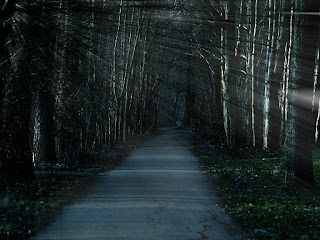 I grew up on the Arkansas line in Northeast Louisiana. Too far north to be chased by the Rougarou, we still had our share of haunts, haints, will-o-wisps, Bigfoot and a myriad of other supernatural encounters.
Morehouse Parish, where I lived, is home to the world's longest bayou, Bayou Bartholomew. It wanders 360+ miles through southern Arkansas into Northeast Louisiana to eventually feed into the Ouchita River, right outside of my hometown. Just an hour to an hour and a half east, you start to get into the Mississippi River flood plain that makes the soil great for growing cotton, soybeans and other crops. But the biggest export out of this area up to a decade or so back was lumber and paper products, until they started shutting down the paper mills. Yep, woods for miles and miles and you didn't know what was hiding in them.

In Morehouse Parish, we had reports of a Bigfoot roaming around. In fact, the local paper ran an article about a sighting on April Fool's Day. That didn't slow anyone down from believing it which shows how bad folks wanted it to be real.

In addition to Bigfoot, we had other weird places. One such place was a stretch of road called Girl Scout Road. I don't know where that name came from but there were always the rumors of devil worshippers to an old lady who was said to be a witch living out that way. We used to drive it late at night looking for anything out of the norm and the only time I saw any such malevolence was the night a friend and I took a short cut home from church. We witnessed a very large bonfire but didn't see anyone tending it. Of course that could have been because of the speedy departure when my friend gunned the engine of his '67 Cougar and got us out of there.

One thing that I did witness was in Southeast Arkansas. A girlfriend and I joined a couple that we knew and headed up to a spot that was simply referred to as the Light. The tale that was told is one that has been repeated all over the country. A long time ago, a train conductor was checking the track when he fell and somehow the train rolled over his neck freeing his head from his body. Through supernatural powers his body now walks that track, which has since all but disappeared, waving his lantern to and fro' looking for his head.

The male friend told us of his experience with it along with tales of his family who had seen it. We set up at a spot down the road a bit from where the light was supposed to appear. It was well after dark and nothing could be seen for about an hour. Then one of us noticed what looked less light a lantern but more along the lines of a patch dark that was not quite as dark as the rest of the night. A few more minutes and then, yes, it was a light that resembled the light source that a train conductor would use. Not a flashlight but an old-fashioned kerosene lamp. And it was coming towards us. It eventually died out and did not reappear, but it was enough for me. I will not say for certain that it is that doomed conductor, but something definitely did put on a show that night.

Where I live now in East Texas with the abundance of woodlands really reminds me of where I grew up. This makes me wonder what is roaming those areas, too. So what stories have you heard or actually witnessed yourself? Have you heard the calls of the Sasquatch or have you witnessed the will-o-wisps trying to lead wanderers deeper into the woods? Tell me your story, I'd love to hear it!