DJing as a Career - How I Made a Living and Had Fun Doing It!

Some of my friends and readers of this blog (hello to that one person) may not know that I was a DJ for a little over a decade. Everyone always asks if I was on the radio, which I was for about three months, but for the majority of my twelve years, I was in a booth at a bar, club, or restaurant.

During my term in the Navy, I loved going out to clubs and dancing, and would befriend the DJs. At a club in the greater Norfolk area called the Double Deuce (not related to the one from Roadhouse) I got to be friends with the DJ and he offered tips. When I got out in 1992, my then girlfriend set me up with a surprise audition at a little bar which garnered me a spot, only I had to wait three months for it to open. 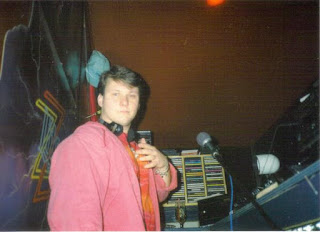 I turned it down, wanting to come home to Louisiana. Somewhere around Halloween of that year, the little bar in my hometown was looking for a waitress and they put my girlfriend to work. I asked the guy at the door if they were looking for DJs and he said "You know, now that you mention it . . . "
I didn't audition for the gig. I was supposed to meet the owner and another guy that was going to audition, but they were no shows. For almost a week, the owner kept missing our appointments and finally I found that he was building a house and had been working on that. I found out where and went there. Finally catching him, he told me that if I had went through all that trouble for the job, I could have it, no audition needed.I worked there for a little over a year and eventually went to another club in Monroe which was the next biggest city about 20 miles away. In addition to DJing for a dancefloor, I ran a karaoke show. This show was part karaoke for customers and then part show for the customers to watch. The show involved runner-ups from a karaoke contest. They were paid to sing for two hours on a Wednesday, Friday, and Saturday night and it was well-received. 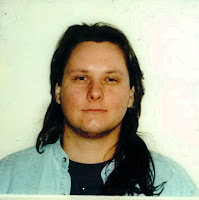 After a year or so of that, I wanted to do more. I saw a commercial on late night TV about a Music/Video business course at the Art Institute of Dallas that piqued my interest. Calling my mom who lived in Dallas, we made arrangements for me to move in with her until I got on my feet.

I never finished the course, though it was a good one, but I was learning just as much in the gigs that I was getting. I probably should have finished it considering I was only six weeks away from finishing, but I was working clubs and private parties and they took up a lot of my time and paid pretty good. 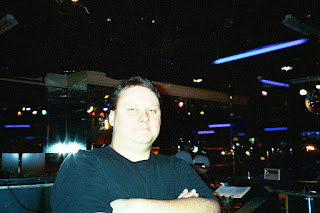 I worked at the newly refurbished Bronco Bowl in Oak Cliff in 1996. It had been closed for a while and a new owner from Oklahoma came in and purchased it. I was DJing in a 10,000 square foot nightclub with state of the art equipment. We did a variety of music, plus live acts, and after parties for the concerts that were held in the Bronco Bowl arena. I did after parties for George Benson, Tesla, and the Fugees.

I moved on in '97 to DJing the busy hours at a chain of restaurants and recording canned music for play when I wasn't there. Not liking the corporate culture that I was in, I went back to DJing at little bars and restaurants in 2000.
I met my future wife at one of those clubs and after proposing to her in 2004, I decided it was time to hang up the headphones.

I've met all kinds of people, some of them kind of famous. I've met celebrity DJs, musicians, actors; I've had Matthew McConaughey on my dance floor. I don't ever remember having a bad meeting with any of them. Back in the days before he fronted Skid Row, I DJed and ran lights for a Tesla after party with Johnny Solinger. After his show, he came by the booth fueled up on the energy of the show, alcohol, and whatever else and gave me one of the sweatiest hugs I had ever received. But it was a fun night! 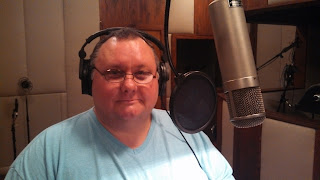 I don't miss certain aspects of DJing in the those venues, such as folks who don't know how to handle their liquor, bosses who think they know music better than you do, and the late hours. I do miss, however, the power of being able to make people dance, playing that one song that everyone has to move to, and making people feel good for a night. When I look back, that was the two things that I loved; the music and the people.